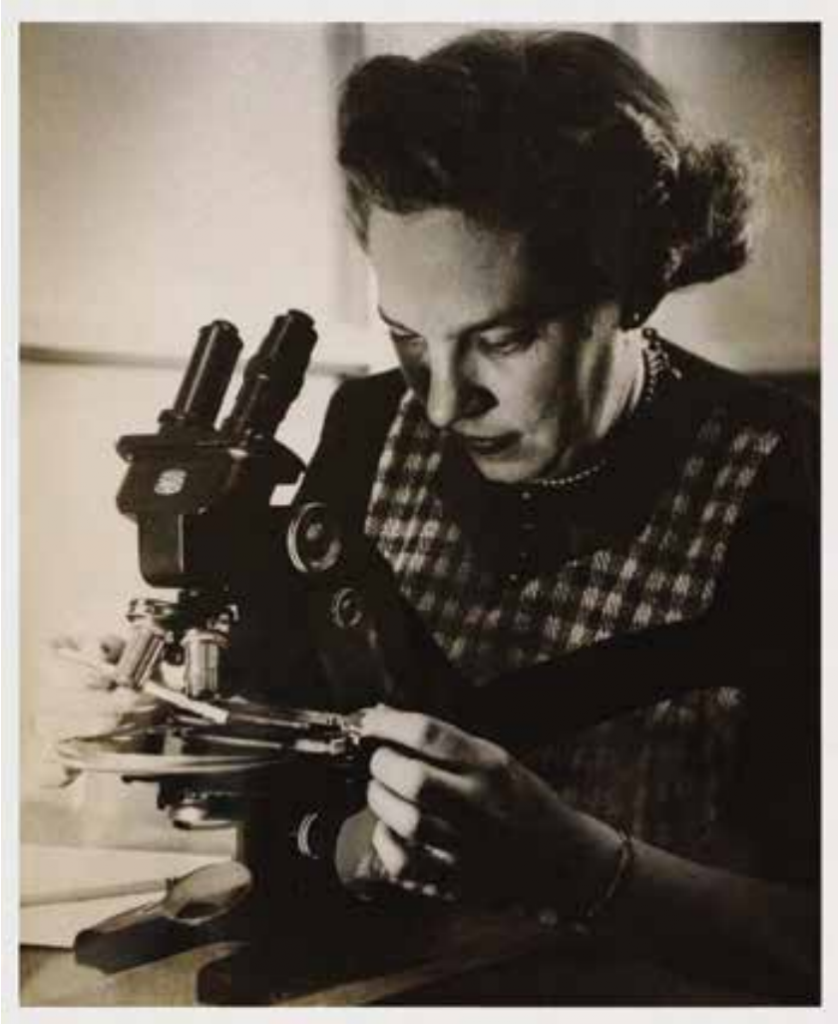 Dr. J Frances Allen—Jady to those who knew and loved her—a pioneer of women’s involvement in the field of fisheries, passed away on February 11, 2011. The combined talents of Jady and her sister, Lochie Jo Allen (of Front Royal, Virginia), significantly influenced the development of scientific publications and women’s participation in the American Fisheries Society (AFS). However, many of us may know little about how these pioneering women came to excel in the field of fisheries at a time when few women were taken seriously. Here is the story of Jady and the women she touched—through her life and her scholarship. Jady—a combination/derivation of her first name, J, combined with the endearment Dear—was born April 14, 1916, in New York. From the beginning, she was an outdoor adventurer.

Two events helped formulate her career. She had a beautiful singing voice and thought of music performance, but a bout with pneumonia changed her voice and caused her to consider other interests, including the sciences. While attending junior high, she and Lochie Jo lost their father; however, their mother had a strong influence, so when she took her daughters hiking or to stop and sit at the edge of a stream to eat lunch, they fell in love with the natural world.

As a young student at the State Teachers College in Virginia (now Radford University), Jady’s research paper on snails was written so well that her instructors strongly encouraged her to pursue science and provided access to fieldwork. Thus, she began a lifelong interest in marine systems at the Chesapeake Biological Laboratory, Solomons Island, Maryland, during the summer of 1937 and continued with a DuPont Scholarship in the summer of 1938 at the Mountain Lake Biological Station of
the University of Virginia. Jady received her B.S. degree (1938) from the State Teachers College and her M.S. and Ph.D. degrees in zoology (1948 and 1952, respectively) from the University of Maryland. Before graduate school she taught secondary school science in Virginia, West Virginia, and New York and was assistant professor of science at Radford College during the summers of the mid-1940s. At the time Radford was a women’s college, except in the summer when some coed classes were offered. While teaching in Virginia, Jady became one of the founders of the Virginia Junior Academy of Science. She was a graduate assistant at the University of Maryland (1947–1948), then an instructor, and, following that, she became assistant professor of zoology of the University of Maryland, where she taught, among other courses, fisheries biology and management, shellfisheries, animal ecology, and marine zoology.

Jady never let being a woman dissuade her from participating in professional societies or conducting her own fieldwork. As a professor at the University of Maryland, she led her students on many scientific cruises into the Chesapeake Bay to study molluscs (clams, oysters, snails), blue crab, fish (Striped Bass), and prawns. She felt very strongly about the community of scientists and truly enjoyed associating with her colleagues and supporting her students. She was reportedly the second woman to attend the annual meetings of the AFS. At her first event, she remembered meeting Dr. Emmeline Moore, who was an active member and—for many years—the only woman in a leadership position, having been elected as AFS president in 1927 (only 7 years after women were granted the right to vote in the United States. It was more than 55 years before the AFS installed another female president, in 1983.) For 9 years she was editor of the AFS retiree’s newsletter, Homopiscis rusticus. Her sister, Lochie Jo, was a pioneer in her own right. In fact, she started Fisheries magazine. At the time, her title was associate editor (1976–1983), although she truly was the first was a man’s name. Interestingly—yet not surprising—one of Jady’s biggest fans was a young man she taught. His mother wrote to Jady to tell how she would always remember how happy her son was when Jady asked him to take a class on lobster fishing. He then went on to pursue a career in the fisheries profession. The J Frances Allen Scholarship was set up in 1987. Before she retired to New York, two of her colleagues told Jady that they had started the scholarship for women Ph.D. in fisheries, complete with a committee to review applications. Dr. J Frances Allen of Front Royal, and formerly of Roxbury, New York, died Friday, February 11, 2011, at her home at The Southerlands. She *is survived by her devoted sister, Lochie Jo Allen, of Front Royal, Virginia (*Lochie died in 2013, leaving her estate to AFS).